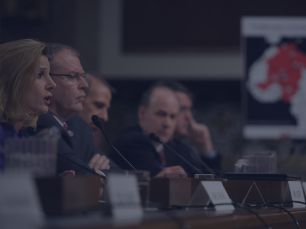 Henry Kissinger. Colin Powell. Brent Scowcroft. These are names closely associated with the U.S. national security field. There are extraordinary women included in this list – such as Madeleine Albright and Condoleezza Rice – that have their contributions to national security sometimes overlooked because they are women. Although women have made incredible strides in the realm of politics and governmental affairs, there is little focus on women working in national security.

The Center for New American Security (CNAS) – a nonprofit/thinktank organization based in Washington D.C. – recently started a project titled Women in National Security. As stated on their website, this project intends to “bring discussions of gender and inclusivity to national security audiences.” They strive to “engage women – and men – directly at all levels in national security about their experiences, what they think of the current conversation, what they need from allies in the field, and what they want to be asked.” (1) Along with articles, research and surveys, the Women in National Security project has a podcast series that features interviews with women from the national security field about their experiences working in the United States Government.

One women interviewed, Nicole Pilkus, is Deputy Director of the Maritime Safety Office for the National Geospatial-Intelligence Agency. With many years of experience working in public service and national security, she has received many questions pertaining to her gender in the workplace. One question posed to her is how does she answer the question, “what is it like being a woman working in the national security field?” She believes women are posed questions that men never get. In her experience, women with children are asked quite often when traveling, “who is watching your child?” Men, she believes, are never asked that question. She points out that – as a female in national security – there is an expectation that your child does not have another parent equally capable of caring for them. “These are societal guilt trips that men are not necessarily exposed to.” (2)

Christine Wormuth is interviewed about her experiences during her tenure as Under Secretary of Defense for Policy. She is asked what advice she would you give her 20-year-old self. Her response is quite universal and applicable to many career fields. She would tell her 20-year-old self to care a lot less about what other people think and whether everybody likes you. She thinks that women in our society are raised to be nurturers, to get along, and to bring people together. Her main advice would be the following: “if you believe in something, if you have a perspective, say what it is, stand behind it, and be okay with the fact that not everyone is going to agree.” She wishes she had done this sooner and unfortunately sees many younger women in the national security community that are “laboring under the same concern.” (3)

Now more than ever we are starting to hear the voices of women who successfully persevered through male-centric workplaces. It is important to hear their stories and reflect on their progress of gender equality. As a woman hoping to pursue a career in national security, I appreciate these women sharing their experiences and their advice. Hopefully other young women, like myself, will see the Women in National Security project, and become inspired by these women working in national security.

3 thoughts on “Working as a Woman in National Security”