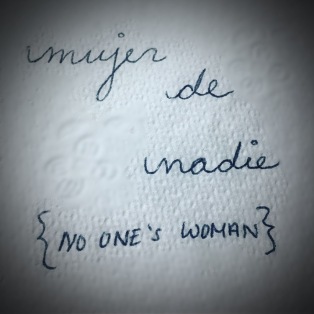 Every language is shaped by the culture of those who speak it. As sexism persists in the cultures of the world, it will continue to persist in language. During a recent opportunity to live in Chile and learn Spanish in an immersive environment, I discovered the way sexism is demonstrated through the Spanish language. In turn, I was able to reflect how we as English speakers do the same.

It was on a bus in Santiago that male possessiveness of females became particularly evident to me. I had often heard the phrases, “mi mujer,” “su mujer,” and “tu mujer” (which translate as “my woman,” “his woman,” and “your woman” respectively), throughout my time in Chile. While conversing with some young female friends of mine, I experimented, referring to a man I had dated as “mi hombre,” or “my man.” This was but the gendered inverse of a well-known, common phrase. However, the women giggled at it, saying that it sounded weird. To put it in plain terms, hearing “my woman” was normal to them, but hearing “my man” sounded funny and even strange. Essentially, the idea that a man would linguistically claim ownership of a woman seemed familiar and even romantic, but the reverse was not. 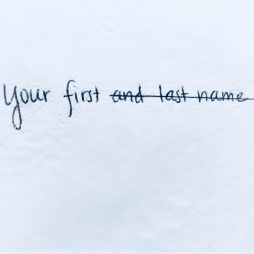 In the world we live in, modern though it may be, patriarchal cultures continue to dominate. In Chile and other Latin American nations, this domination is evidenced through male “ownership” of women that is expressed frequently in language. However, other cultures are not immune to such tendencies. For example, in Western culture, a woman is expected to claim her husband’s last name upon marrying him, with research done within the last few years indicating that 75 percent of women continue to do so. We view the woman as forming a team with the man under his “umbrella,” or last name. This practice originates from old English law – specifically the principle of coverture, or the idea that upon marriage, a woman became her husband’s property. Therefore, she was “branded” with his name, since the right to ownership had passed to him from her father. To be clear, I do not suggest by any means that it carries that same meaning today; however, there is an undercurrent feeling regarding the reason why almost always it is the women who change their names and almost never their male counterparts. Thus, in the English language, there also exist traditions that indicate a certain male possessiveness pervading modern life.

Interestingly, Chilean women always keep their last names, both legally and socially. Not only do they keep them, but they also pass them on to their children. All Chileans legally have a first name and two last names – first the father’s last name, followed by that of the mother. Admittedly, the father’s last name takes precedence, and for this reason, is placed first. However, both are carried by an individual for the duration of his or her lifetime, and both are equally important from the standpoint of legality.

This custom does not hold true amongst all Latin American countries, but in Chile, it continues without pause. During the year and a half I lived in Chile, many locals were shocked to learn that I as an American did not carry my mother’s last name. It made me consider how my own language and culture erase the female identity and heritage in ways that we often overlook. While it is easy to look at other cultures and languages to point out the sexism contained therein, it is a hypocritical exercise if we do not then turn and look at the sexism within our own.

2 thoughts on “Speaking Sexism: Which Dialect Do You Speak?”