Gaslighting (verb): a form of psychological manipulation that seeks to sow seeds of doubt in a targeted individual or in members of a targeted group, making them question their own memory, perception, and sanity.[1]

In the medical community, a medical authority sows doubt into a patient’s mind about her perceived pain that makes her second guess her experience. 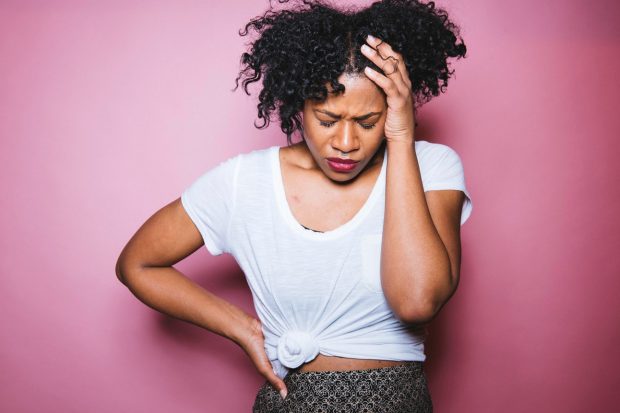 My first medical memory is of my doctor telling my mother that I was “too sensitive” and “too aware of my body”. Consequently, starting from when I was nine years old, I felt that my chronic stomach pain was all in my head. It wasn’t until I was twelve that I discovered I had moderate food allergies. This is what caused rampant inflammation and amplified my other autoimmune issues, resulting in very real and chronic pain.

When I was thirteen I went to the doctor with a terrible cold, insisting something was wrong, but she just sent me home. However, I was eventually diagnosed with pneumonia, which had progressed almost to the point of requiring hospitalization.

In college I fell ill and went to the emergency room. The doctor implied that I had taken too much of a certain medication on purpose to mimic liver disease to get out of finals. I had not. A week later I was bed ridden with jaundice, much to my doctor’s surprise.

I am not the only woman that has had a long history of being gaslighted by her doctors:

“In May 2018 in France, a 22-year old woman called emergency services saying her abdominal pain was so acute she felt she was ‘going to die.’ ‘You’ll definitely die one day, like everyone else,’ the operator replied. When the woman was taken to hospital after a five-hour wait, she had a stroke and died of multiple organ failure.”[2]

Female lives are at stake due to biases about their inability to understand their own bodies. Research backs up anecdotal evidence. Doctors and nurses prescribe less pain medication to women than to men post-surgery, even if women report worse pain.[3] Women are more likely to be told that their pain is influenced by their emotions, more likely to receive anti-anxiety medication than men, and are more likely to be diagnosed as psychiatric patients for their symptoms.[4]  Even with common medical conditions that solely affect females, the diagnosis may be prolonged or delayed. For example, endometriosis is found in 10% of women and yet it may take around seven or eight years to diagnosis.[5]

The medical community’s disbelief in women is rooted in the ancient belief of hysteria. People believed that pain and suffering were inherent in the female experience, from menstruation to childbirth.[6] Pain wasn’t seen as unusual (and still isn’t), so it wasn’t taken as seriously. Even as medical technology progresses, these stereotypes about women and their female bodies remain stagnant.

Men are assumed to be unemotional and less likely to draw attention to their pain because of potential challenges to their masculinity. Therefore, men’s pain is taken more seriously in the medical community. Assumptions about women’s emotional state means that their symptoms are often not taken as seriously.[7]

Bias against women in the healthcare industry is more than social constructs flowing into assumptions about female biology. Bias also results from a systematic exclusion of women from research, leading to misunderstandings about sex differences and pain perception. Medical research suggests that estrogen changes female “perception of pain and the response to painkillers”, which implies that there are legitimate differences between how men and women perceive pain. Another study on gender differences in pain “found that women tend to feel it more of the time and more intensely than men”, and “biology and hormones are suspected to play a role.”[8],[9]

The medical community has only recently learned about these differences. It wasn’t until 1990 that the National Institutes of Health created the Office of Research on Women’s Health. Prior to this, medical trials and diagnoses were focused on men — their symptoms and perceptions of pain. Consequently, doctors are diagnosing women based off of men’s symptoms, which could lead to the misdiagnosis of a female and be a reason for why doctors believe women’s symptoms are more psychological.[10]

Although there have been some improvements in the healthcare industry concerning the treatment of women, there is still a long road ahead. If you feel that your doctor is gaslighting you, there are steps you can take. Ask your doctor for the data and guidelines they use to diagnose diseases and check if that data has included women in its research. Speak up and speak out about your doctor dismissing your health concerns.[11] Write down your specific symptoms and concerns so that you can reference them when discussing with your doctor. Most importantly, don’t doubt yourself and your symptoms. Trust yourself and your ability to discern your own pain.

[5]Schopen, Fay. 2017. “The healthcare gender bias: do men get better medical treatment?” The

[6]Wetsman, Nicole. 2018. “Doctors Learn to be Sexist in Med School, and Female Patients

[7]Weiss, Suzannah. 2018. “How Doctors Gaslight Women into Doubting Their Own Pain.”

One thought on “Doctor’s Who Don’t Listen: The Gaslighting Epidemic of Women”