Womanism: “Having or expressing a belief in or respect for women and their talents and abilities beyond the boundaries of race and class; exhibiting feminism that is inclusive especially of Black American Culture.”[1] 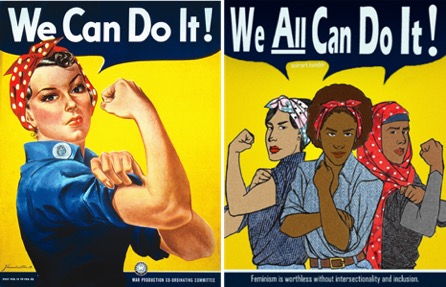 The term “womanism” was first used in 1983 by a poet who sought to include her fellow women of color in the fight for equality among the sexes. This poet, Alice Walker, inserted the following comparison about her newfound term: “Womanism is to feminist as purple is to lavender.”[2] Walker observed the feminist agenda being racially exclusive as it appeared to be primarily gear towards the progress of white middle-class women. She believed the implementation of womanist theory would expand the feminist movement to reach its full potential of intersectionality, meaning that all women of all races and classes would feel the effects of feminism.

It was true that the first wave of American feminism struggled over the issue of race. Some of the leaders of the suffrage movement, such as Elizabeth Cady Stanton, did not hide their dislike of blacks.[3] Other feminism followers “supported racist eugenics initiatives, including sterilization of minority women”.[4] These disappointing truths, while horrific, do not reflect all early feminist views.

Not all of the first feminists held the racist attitudes prevalent to the times; many of them were advocates for both women and blacks. Even so, tension could run high between feminist and abolitionist groups as their first concerns differed in their fight for equality. Feminists were disappointed that women were not afforded the right to vote when the 13th Amendment was ratified, for example. On the other hand, black suffrage groups were asked to disassociate themselves from the main suffrage movement or to march in the back of parades due to fear that black association would decrease popular support.[5]

As a result, black women realized they were not seen as a priority in the feminist movement. Thus, the term “womanist” was born, so black women with a gender forward mission could feel confident in their identified label and associated objectives. There are many reasons why women of color felt—and continue to feel—a sense of race and gender-specific challenges in social progress. The most pressing reasons in our modern day include the fact that black women are more susceptible to economic insecurity than their white counterparts:

Why is it that black women are suffering such systematic economic hardship? The United States has a history of racial and gender bias, which has resulted in a double bias for black women as they fall under both of these vulnerable identities. Consequently, black women have a greater likelihood of facing discrimination in many facets of life–one being in the area of employment.

The main request from womanist theory is that mainstream feminist groups take the time to understand these (economic) hardships and to put greater emphasis on seeking black female empowerment. If all those who label themselves as feminists would raise their voices for their sisters of color, the goals of feminism would have a greater chance of being achieved. After all, feminism is “the theory of the political, economic, and social equality of the sexes” and “the organized activity on behalf of women’s rights and interests.” Black women’s rights, interests, and economic equality should be included in the reality of feminist movements because black women are women. They are women with much to offer, and much to overcome. The economic inequality mentioned above is one critical area where the support of feminists could make a real difference.

Other implications of economic insecurity include stress, bad health, violence, and the poverty cycle. Financial stress can affect the brain’s decision-making and cognitive abilities. It can also lead to anxiety or depression, which is best overcome through professional help. Sixteen percent of black women, however, are uninsured and cannot receive mental health treatment due to the costs. Black adults also show preference towards receiving care from a black health professional and somewhere close to home due to transportation costs. Black psychiatrists/counselors and mental health clinics in low-income communities lack in number. [12]

Low-income residential areas also have greater prevalence of violent crime, which can prove disproportionally dangerous to women. Those living under an income of $7,500 are 12 times as likely to be sexually assaulted or raped than those receiving a higher income.[13] Black women with economic insecurity are not only vulnerable to sexual assault, but domestic violence as well. Studies have shown that economic instability compromises a woman’s ability to leave a violent relationship due to financial reliance on the partner.[14] Households with domestic violence negatively impact any children living there; the emotional, psychological, and physical hurt felt by children often results in a lost interest in education.[15] Lower levels of education can lead to low-income jobs, which perpetuates the poverty cycle throughout generations. The Strong Black Woman deserves a better narrative than this.

It is expedient that the feminist movement more fully recognizes the marginalization of black women and commits to a more racially inclusive future. The full potential of feminism and womanism has yet to be come. It will perhaps be unlocked when greater collaboration and communication is exercised between identity lines. The goal that we all should have at the end of the day is that every woman and man—no matter what socio-economic class, gender, or race they belong to—receives the same care, attention, and treatment. This is, after all, true equality. 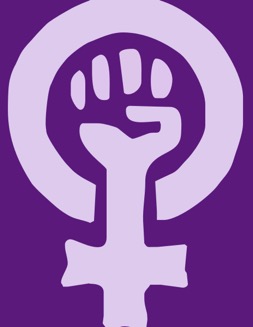 [4]Tally, Justine. “WHY ‘WOMANISM’? The Genesis of a New Word and What It Means.”