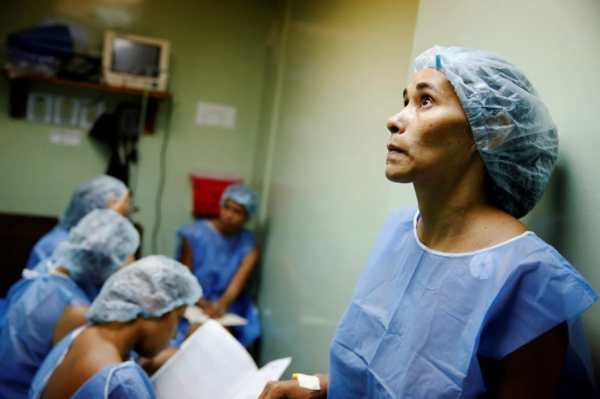 The government-owned healthcare system is directly affected by the diminishing economic situation. This state-owned healthcare system serves as the main resource for many women to access health services, especially for reproductive and maternal health related issues. Due to the lack of government funds, hospitals are running out of basic medical supplies and funds to pay medical staff. Many of the deaths are from a lack of decent medical equipment, like gauze pads. [2]

Even if women survive childbirth, the possibility for post birth complications are high. If either the child or the mother has health complications, their access to healthcare is restricted. In addition to maternal mortality risks, many new mothers are unable to breastfeed. [3] A lack of food security and nutritional content affects new mothers’ lactation efforts, which in turn affects their children’s growth and nutrition.

The expense and emotional toll of raising a family in a economically destitute nation is too daunting for many women, causing many to seek family planning methods. Contraceptives, however, are very hard to access in Venezuela, a majority Catholic country. With access to contraceptives already hard to access in moderate conditions, the economic crisis caused a shortage of contraceptives. Condoms cannot be found in 90 percent of the pharmacies. [4] Highly restrictive abortion laws force Venezuelan women to resort to illegal and unsafe abortions which may lead to injury or even death. (ABO-LAW-1; ABO-DATA-1; MMR-PRACTICE-1).

This lack of access to contraceptives and abortion creates conditions where more women opt for complete sterilization measures to avoid unwanted pregnancies. Women choose sterilization to avoid the dangers related to their own health and their infant’s health post-birth (DACH-PRACTICE-1; DACH-PRACTICE-2). Venezuelan doctors say that they are now seeing five women a day for sterilization procedures whereas they previously only saw one or two per week. [5]

The economic crisis was in part caused by decreased oil prices that led to a national recession and a subsequent shortage of foreign revenue. This made it harder for the government to pay for medical supplies and food for the people. Additionally U.S. President Trump’s new sanctions on Venezuela to punish Venezuelan President Nicolas Maduro for his escalating dictatorship also restricted the Venezuelan government’s access to U.S. financial assistance in the midst of the crisis. [6]

Although the U.S. hopes its sanctions will diminish Maduro’s ability to use its aid for undemocratic purposes, less aid hurts populations dependent on government services, like women. The Venezuelan situation highlights that it is often not the government officials that suffer due to lack of development aid, but the general population– women in particular. When drafting foreign policy, it is important to look at the challenges it will pose for women and their families.